Europe has been earmarking space and security as priorities for over a decade. Yet, it still hasn’t fully lived up to its ambitions.  There is now an unprecedented window of opportunity for addressing these shortcomings: a series of ambitious EU security related initiatives launched in 2016 can finally make space and security cooperation a tangible reality with positive effects on Europe’s security, its economy and, perhaps even more important, on how citizens perceive Europe. This is why the partnership instated in 2011 between our two organisations through an Administrative Arrangement holds such strategic resonance. While EDA is Europe’s defence capability development actor, ESA is Europe’s uncontested space agency, whose Convention, pursuant to its second article, scopes ESA’s security initiatives: these must be provided for exclusively peaceful purposes, a provision which has been interpreted under international law as non-aggressive uses of outer space.

Synergies on dual-use amongst sectors make political, technological and budgetary sense. Such synergies have been called upon in most policy documents for over a decade, and again more recently in the European Commission’s 2016 Space Strategy. But have we made real and genuine headway in fostering dual-use cooperation? Or have we perhaps not done enough to bring the two communities together and to build the confidence needed?

We need ambitious policy statements, no doubt about that.  But above all, we need action. Europe has never faced greater security challenges than today, be it at home, at its borders or in neighbouring countries. As EU leaders met in Rome on 25 March for the 60th anniversary of the Rome Treaties, in the midst of one of the most challenging and turbulent periods the Union has ever faced, security is put forward as an area through which the European project could be reinvigorated, acquire a new vision, a reactivated momentum. In this respect, we believe that space and security can be intertwined policy domains in which the European project can be reinvigorated.

Space, long before it was mentioned for the first time in the Lisbon Treaty, has been a formidable force of European cooperation, building trust among States and citizens, reaching for the impossible and providing humanity with a progress-oriented vision built on partnership. Space is a genuine model of European cooperation and integration. ESA has over the past 50 years build Europe’s capabilities in space and is today Europe’s Space Agency active in all fields of space: telecommunication, navigation, Earth observation, launchers, science, exploration and integrated applications; for the benefit of the European citizens and mankind. Space and security activities could now join, complement and further enrich that successful model of European space cooperation. In fact, Europe’s future security is unthinkable without state of the art, secure, reliable, competitive and accessible space-based technologies and services.

Indeed: no European country can today make clear and effective political decisions related to its security without continuous and comprehensive space-based capabilities. All this is possible because European industry remains innovative and provides our Armed Forces with the required space-based solutions.

Thanks to ESA’s cooperation with the EU, space is now very well integrated in the EU system, predominantly through its civil applications. Progress in security cooperation has been more strenuous than in space. In the latter area, the excellence of ESA’s activities over a half century has created a momentum of trust and cooperative spirit that should inspire security related communities. This is one of the reasons why space and security cooperation could have immediate beneficial impact on Europe.

Moreover, the world is changing, modifying the role of public actors with respect to a market that’s increasingly apt in providing forces with space-based services. In this context, ESA’s recent Council at Ministerial level, held in Lucerne in December 2016, took place in an extremely challenging political, financial and social environment. European States took political steps to tackle these challenges through ambitious, progressive and concrete orientations: Space 4.0 and United Space in Europe. They build upon European cooperation’s very roots, and reboots the core that brings Europeans together: disseminating and reaping the benefits of knowledge, assuring a seamless grid of innovation, strengthened exchanges with international partners and inspiring Europeans through challenging endeavours and identity building. In the field of space and security, the ESA Director General has been invited to establish a strategy concerning ESA space security activities, in coordination with its Member States and other national and European actors.

We believe that security is a key component of this political message.

For space and security to become a successful combination, ESA and EDA Member States need to further strengthen in partnerships and cooperation. As said before, 2016 was a good start in this respect, with the European Defence Action Plan (EDAP),  the increased security dimension of space highlighted in the Commission’s Space Strategy, and the ESA-EC Joint Statement on Shared Vision and Goals for The Future of Europe in Space through which the EU and ESA have called for “strengthening synergies between civilian and security activities in the fields of navigation, communication and observation” and to “ensure European autonomy in accessing and using space in a safe and secure environment… including against cyber threats.”

ESA and EDA have already successfully built a partnership, including with the European Commission in its areas of interest and expertise, in domains such as Critical Space Technologies for European Non-Dependence, the command and control of RPAS, cyber security, CBRNe, and, of course, Governmental Satellite Communication (GOVSATCOM). Regarding the latter, the cooperation has led to a €30 million Precursor Programme in ESA, which will be reinforced by potential programme segments from EDA and European Commission, building in effect, the first ever cooperative dual-use space security initiative.

We believe that success in this multi-actor, satellite communication cooperation will trigger a positive momentum for two other critical space capabilities that are nowadays indispensable for any security related operation: space-based Earth observation and Positioning, Navigation and Timing. Regarding the latter, in a significant political move which shows  that Member States are serious about space and security, the EDA Steering Board on 23 March 2017 has adopted the first ever European Military Satellite Navigation policy, on which basis Member States have thus tasked EDA to produce a military user needs document by early 2018. In fact, as regards imagery, EDA is currently producing user needs, which will have a positive influence on its partnership with both ESA and the Commission, for the benefit of European security communities.

These cooperative activities will finally have a positive effect on governance itself. Member States have been adamant in keeping control over security-related infrastructures. By successfully providing Member States and Forces on the ground with concrete space-based operational capabilities, we are in fact bringing together, around Member States, all the necessary actors: ESA, the Commission and EDA, in support of Member States themselves. Indeed, the aim of ESA and EDA is fundamentally to propose solutions to Member States and the Commission so that European programmes can  respond  to security needs and, in turn, provide effective and required services to ensure Europe’s security at home and abroad.

Based on our tangible successes and experiences, we genuinely believe that space for security is not only a crucial ambition for Europe’s security and future, but also a building block of Europe’s very identity and vision of the future.

See the video from the Mediterranean exercise

Find out more about the Agency’s organisational set-up including its top management.

EDA has various networks of national experts, so it can involve the know-how of a high number of defence specialists in its Member States.

This portal gathers EDA procurement related information. You can explore ongoing and past procurement opportunities and view an annual list of EDA contractors.

The European Defence Agency’s budget consists of the general budget, the budgets associated with ad hoc projects or programmes, and budgets resulting from additional revenue. 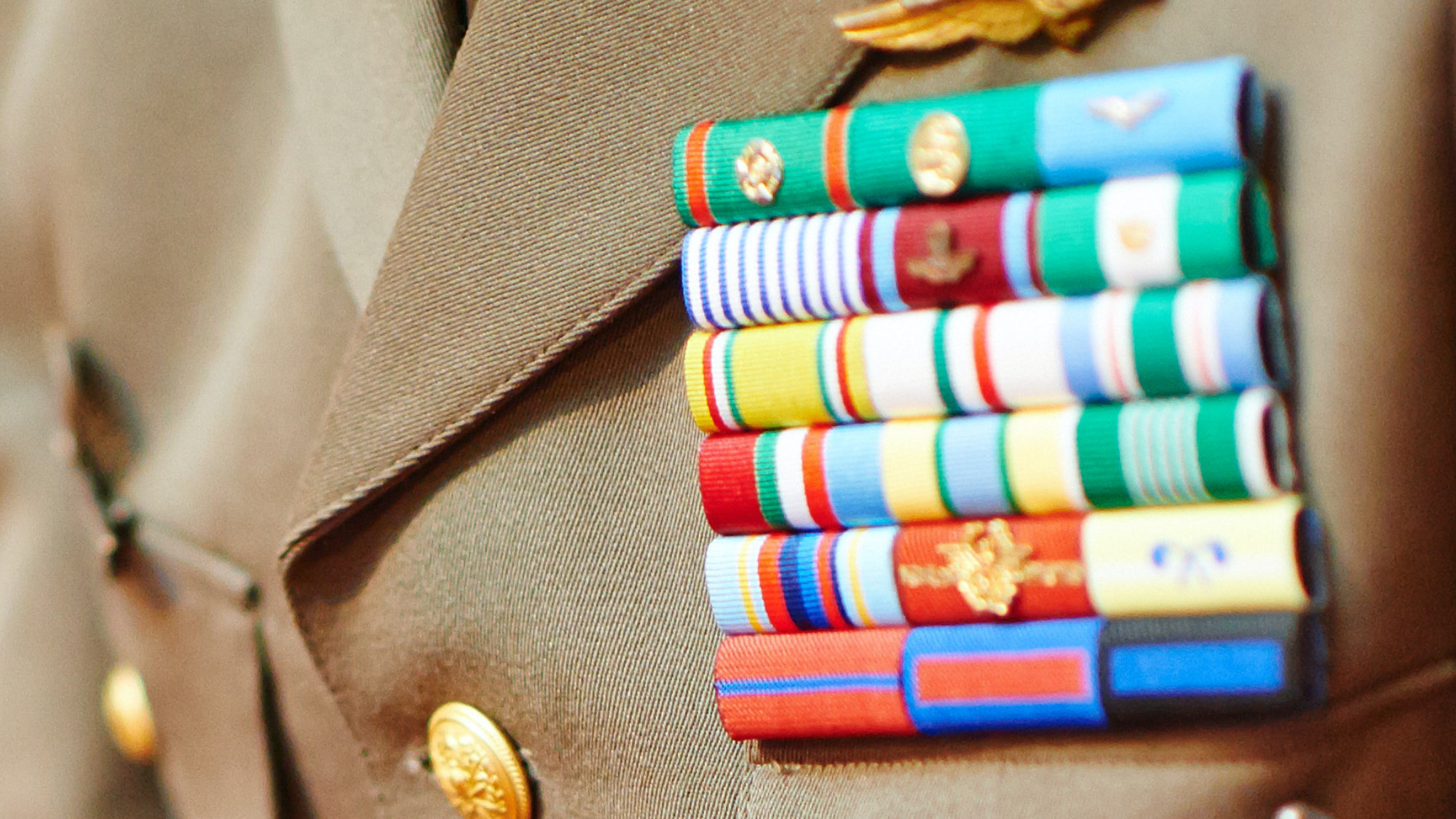 As the hub for defence cooperation in Europe, The European Defence Agency has close working relationships not just with its 26 Member States, but also with a number of EU institutions, international organisations and even non-EU Member States.

Learn more about the story of European defence cooperation, from its beginnings to the creation of the EDA.

The European Defence Agency (EDA) supports its 26 Member States in improving their defence capabilities through European cooperation. Acting as an enabler and facilitator for Ministries of Defence willing to engage in collaborative, capability projects, the Agency has become the ‘hub’ for European defence cooperation with expertise and networks allowing it to cover the whole spectrum.

EDA plays an important support and implementation role in all the EU defence initiatives. These tools are designed to raise the EU’s level of ambition; through the Capability Development Plan (CDP), Coordinated Annual Review on Defence (CARD), Permanent Structured Cooperation (PESCO) and European Defence Fund (EDF).

Consultation Forum for Sustainable Energy in the Defence and Security Sector …

Fourth Conference: Consultation Forum for Sustainable Energy in the Defence a…